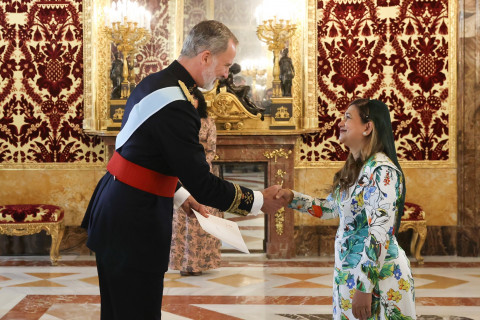 6 June 2022, Madrid: Non-resident Ambassador of Maldives to Spain, Dr. Farah Faizal presented her Letters of Credence to His Majesty King Felipe VI of Spain at the Royal Palace in Madrid.

Following the credentials ceremony, Ambassador Dr. Faizal was also granted a private audience with His Majesty, during which they spoke on a range of issues from climate change to geopolitics of the Indian Ocean, and on building closer relations between Spain and the Maldives.

Ambassador was accompanied by Ms. Mariyam Afnaan, Third Secretary at the High Commission of the Republic of Maldives in London.