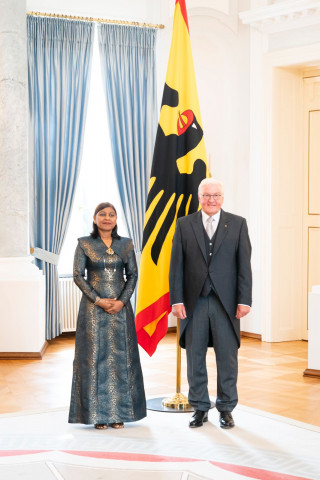 The Ambassador of the Republic of Maldives, Her Excellency Aishath Shaan Shakir, presented her Letter of Credence to the President of the Federal Republic of Germany, His Excellency Frank-Walter Steinmeier at the official ceremony held this morning with military honors at the Presidential Palace, Schloss Bellevue.