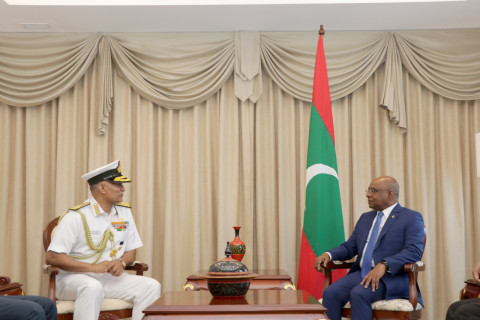 Minister welcomed Chief of Naval Staff of India, Admiral R. Hari Kumar to the Maldives and reflected on the robust defence ties between the two countries. Minister thanked Indian Navy for the consistent contribution in bolstering the capacity of the Maldives National Defence Force and highlighted the prominent role India plays in promotion of peace and security in the region.

Minister Shahid and the Chief of Naval Staff further discussed on avenues to deepen the bilateral cooperation and strengthen the joint efforts in maintaining security and stability in the Indian Ocean Region.