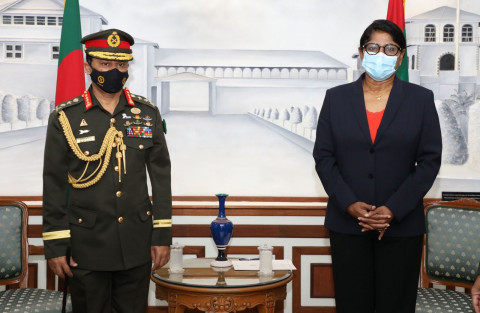 During the meeting, discussions focused on ways to further boost cooperation between MNDF and Bangladesh Army, including the provision of capacity-building and training opportunities for MNDF officers in various fields.

The discussions were met with a very positive response from General Shafiuddin who reassured that the Bangladesh Army would continue its special partnership and cooperation with MNDF.

Minister Mariya thanked General Shafiuddin and his delegation for the visit.