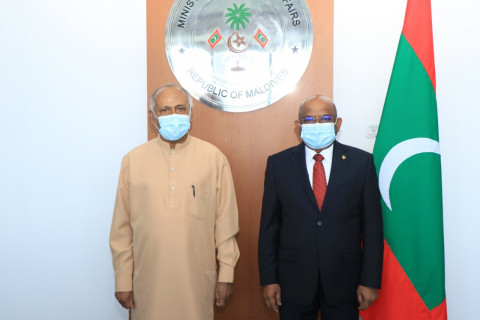 Foreign Minister Shahid conveyed sincere gratitude and appreciation for his services and efforts to strengthen bilateral ties between the Maldives and Sri Lanka, during his tenure. High Commissioner Rohana Beddage thanked the Government and people of Maldives for the continuous support and hospitality accorded to him during his stay in the Maldives.