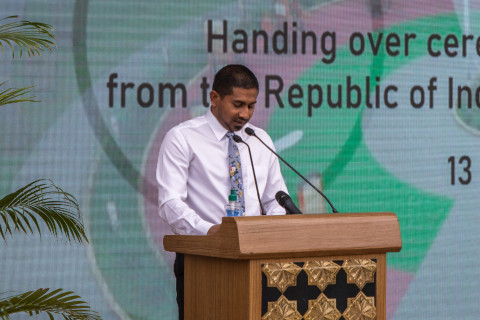 Minister of Youth, Sports and Community Empowerment, Ahmed Mahloof has taken part in the kickoff session of Commonwealth Action Series. The virtual session was held as part of a series of virtual session in the lead up to Commonwealth Youth Forum, which has been postponed due to COVID19. The theme for the first session was 'taking charge of our future'. Speaking at the session Minister Mahloof said that youth leadership and volunteerism is crucial with the world facing an unprecedented situation. Minister Mahloof briefed the participants of the session on the efforts of the government to assist thousands of youth that have lost their jobs during in the pandemic.He highlighted that the youth are at the forefront of the efforts of the government to contain the spread of COVID19 and called on Youth Ministers of Commonwealth to pave way for youth leaders. The Secretary General of Commonwealth, Patricia Scotland and the Chairperson of Commonwealth Youth Council also spoke at the session.