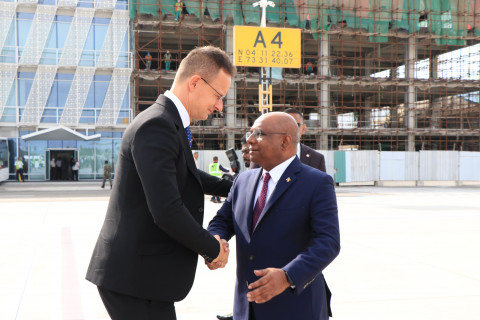 The Minister of Foreign Affairs and Trade of Hungary, His Excellency Péter Szijjártó has concluded his Official visit to the Maldives.

During this visit, Minister Szijjártó made a courtesy call on the President of the Republic of Maldives, His Excellency Ibrahim Mohamed Solih and held bilateral meetings with the Minister of Higher Education, Dr. Ibrahim Hassan and Minister of Economic Development, Uz. Fayyaz Ismail. Minister Shahid and Minister Szijjártó also held Official talks and three agreements were signed to further strengthen the existing bilateral relations between Maldives and Hungary.

This was the first Official visit by a Foreign Minister from Hungary to the Maldives.