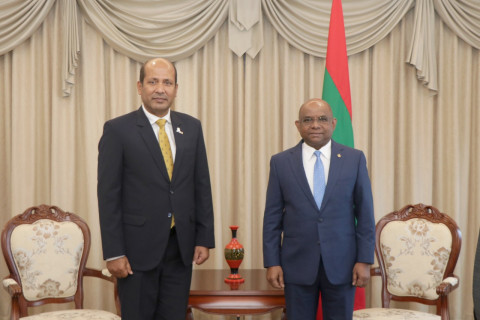 During the meeting held at the Ministry of Foreign Affairs, Minister Shahid congratulated the High Commissioner on presenting his credentials to President Solih, and expressed confidence that the relations between the two countries will be further enhanced during his tenure.

Foreign Minister Shahid and High Commissioner Rear Admiral Azad agreed that regularisation of the undocumented workers is of highest priority, and crucial for ensuring their safety, security and protection of their rights.

High Commissioner Rear Admiral Azad thanked Minister Shahid for the warm welcome and conveyed his strong commitment to work closely with the Government of Maldives in areas of common interest.