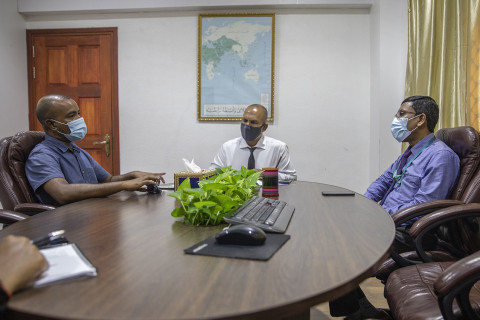 During this meeting, Discussions were held about the mosque which is currently being built in N.Manadhoo and about its progress as well. Moreover, due to inadequate space of the mosque in N.Manadhoo, Mr.Haaroon discussed about Including in 2021 proposed a construction of a new mosque.