Copains Investment was contracted for the project by the Ministry. 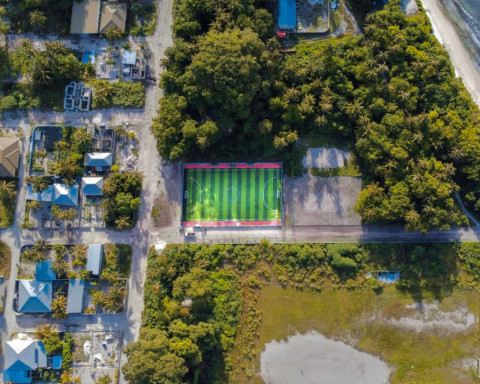 Ministry of Youth, Sports and Community Empowerment has completed the work onR. Innamaadhoo's Futsal Pitch. Copains Investment was contracted for the project by the Ministry. It is estimated that around 1.387 Million Rufiyaa was spent on the project.. As per the contract Lights have been installed in the Futsal Ground. Minister Ahmed Mahloof announced that the work on the project has been completed even though there were some delays due to unforseen circumstances. Minister Ahmed Mahloof thanked the island council and MP for Inguraidhoo Constituency, Hassan Ahmed for the assistance they provided during the project.