Secretary General of SAARC arrives in Maldives on an introductory visit 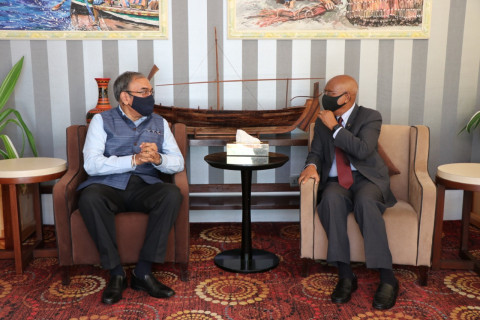 The Secretary General of South Asian Association for Regional Cooperation (SAARC), His Excellency Esala Ruwan Weerakoon has arrived today on an introductory visit to the Maldives. His Excellency Weerakoon, assumed charge as the 14th Secretary-General of the SAARC in March last year.