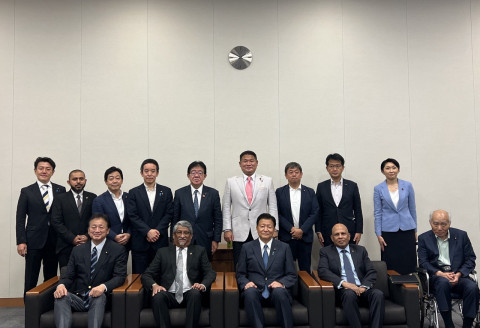 While marking the 55th Anniversary of diplomatic relations between Maldives and Japan, State Minister Khaleel expressed gratitude for the continued support extended by the League’s members and discussed ways to strengthen the existing bilateral relationship. Both parties reiterated their shared desire to further enhance and diversify Maldives-Japan partnership in the years ahead.