Decisions Statement by the Government of Maldives on 26th Annual Session of the Indian Ocean Tuna Commission (IOTC) – May 25, 2022

From Ministry of Fisheries, Marine Resources and Agriculture 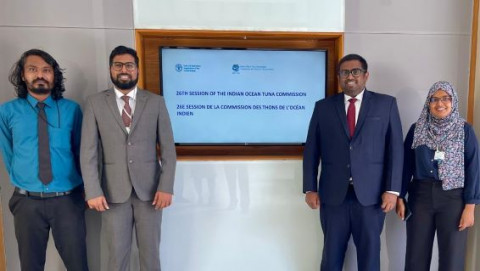 The Government of the Republic of Maldives is extremely disappointed that the 26th Annual Session of the Indian Ocean Tuna Commission (IOTC) that concluded on 20th May with no concrete outcomes on the sustainable management of skipjack and yellowfin tuna stock. Recognising the advice of the IOTC Scientific Committee and the challenges faced by the Maldives in the management of tuna fisheries at a national level, Maldives tabled three proposals for discussion at the session. The only proposal that was adopted was the proposal On Climate Change tabled by the Maldives and initially co-sponsored by South Africa and Seychelles.

The proposal from the Maldives On An Interim Plan To Rebuild The Yellowfin Tuna Stock was an ambitious proposal outlining the catch reductions required to rebuild yellowfin tuna stocks over a period of 10 years as recommended by the IOTC Scientific Committee. The proposal requires member countries to reduce total yellowfin tuna catches by 22% against 2020 catches to achieve a total catch limit of 336,146t. Further, the proposal called for increased catch reductions from all member countries and to introduce a closure period of 3 months for Drifting Fish Aggregating Devices (DFADs) to contribute towards stock rebuilding. Maldives also proposed to double the catch reduction applicable to the Maldives and other Small Island Developing States (SIDS) from 10% to 22% for the pole and line fishery and the handline fishery of the Maldives, despite our high dependence on the tuna fishery and the serious implications for food security, income and livelihoods within coastal communities throughout the country. The other proposal On Conservation and Management of Skipjack Tuna was aimed at capping catches of skipjack tuna caught from the Indian Ocean to ensure that catches remain within the overall catch limit prescribed by the Harvest Control Rule for skipjack tuna.

The two proposals on yellowfin and skipjack tuna were deliberated widely by the Commission with a number of member countries noting their dissatisfaction on the need for catch reduction and the restrictions it would pose on the development aspirations. Four out of the six countries with objections to the yellowfin tuna rebuilding plan that is currently in place also indicated that they were unwilling to withdraw their objections and engage on the discussion to further reduce the catches despite the Scientific Committee’s clear advice on stock status and the need for urgent action. The proposals were withdrawn following the strong objections from several member states with the discussions differed to a Special Session of the IOTC that would be convened later this year.
In view of the importance of yellowfin stock, the Maldives remain determined to get a revised rebuilding plan adopted. Maldives finds it extremely disheartening that the session ended without any significant progress in addressing the status of yellowfin tuna stocks in the Indian Ocean.

The Government of the Republic of Maldives is alarmed by the lack of urgency and understanding demonstrated by a number of member states of the IOTC, and the lack of political will to address the serious matters at hand. The sustainability of the tuna stocks of the Indian Ocean is vital for coastal states, in particular, SIDS such as the Maldives. Maldives relies heavily on the tuna stocks for food security, jobs, livelihood opportunities and foreign earnings, and thus the sustainability of the tuna stocks is key to the survival of the Maldivian people and our way of life.

On this note, the Maldives recognises the importance and the urgent need to adopt an allocation system for tuna and tuna like species for which Maldives has been pressing the Commission over the last several years. The developed countries in the IOTC need to provide flexibility to allow developing coastal countries, in particular SIDS and Least Developed Countries, to meet their developmental aspirations. The Government of the Republic of Maldives will continue to work at a technical and a diplomatic level with member states to withdraw their objections and progress the discussions on the rebuilding plan and the allocation of tuna and tuna like species to ensure that stocks are sustained for future generations. 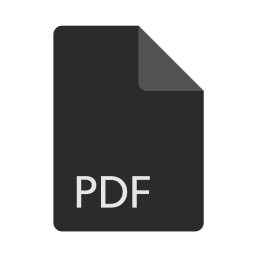